Back to: Fermentation activators 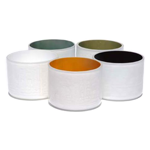 A combination of growth and survival factors, Dynastart is a yeast preparation for use in the rehydration water of active dry yeast. Product in accordance with the Oenological Codex

Dynastart improves viability and the general metabolism of the yeast, and thus:

Growth factors contained in Dynastart (vitamins and minerals) are implicated in minimising the formation of undesirable compounds, promoting cellular growth, and are co-factors in membranous transport mechanisms. Survival factors (sterols, fatty acids) play a role in fermentative metabolism and resistance to alcohol.
When the potential alcohol degree is very high (in red, for example), sterol intake prevents membrane disruption and increases cellular viability; therefore it allows a strong fermentation finish.

To be added to yeast rehydration water prior to the yeast. Do not use directly in the tank (the elements provided by Dynastart would be absorbed by the indigenous flora or would be bound by certain components).

30 g/hL in the active dry yeast rehydration water. For the first inoculation and for the restart culture in the event of stuck fermentation (in this case, refer to our fermentation restart protocol).

Use a clean, inert container. Dissolve the total quantity of Dynastart needed for the fermentation tank in 20 times its weight in water at 37°C. Mix well, then incorporate the active dry yeast. Follow the protocol for standard active dry yeast rehydration.

© 2015 - 2023 Copyright by Vinarko Ltd. All rights reserved.
Re-creating and publishing of materials from this site without the clear written consent of Vinarko Ltd is prohibited